2020 Pan Am Cup Coming to Las Vegas in Late April 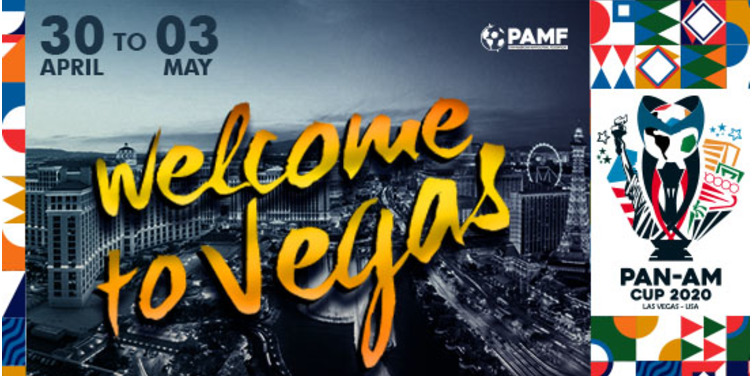 The American Association of Soccer 5-6-7 in association with the Pan American Minifootball Federation today announced that the United States has been awarded the 2020 Pan Am Cup. The 2021 WMF World Cup qualifier will be held April 30 to May 3 at Las Vegas Sports Park in Las Vegas, Nevada.

The first ever Pan Am Cup was held in Guatemala in June, 2018 with nine teams competing. The top seven teams qualified for the 2019 WMF World Cup in Perth, Australia. In the end it was Chile taking home the top prize over host Guatamala in the Final. The third place game between Mexico and Brazil was a preview of the 2019 WMF World Cup Final.

The success of the Panamerican teams in the World Cup has made PAMF one of the most respected confederations in world minifootball. Five of the six finalists in the three WMF World Cups have come from the Americas. The United States beat Mexico in 2015, and Mexico also dropped the 2017 Final (to Czech Republic), but took the 2019 Final over Brazil.

"We are honored to take the torch from Guatemala to host the Pan Am Cup," said AAS567 President Kevin Milliken. "Pablo Melgar and ASOFUM set the bar high in 2018 and we are excited to put on a great event for the visiting countries and the fans, and welcome them to the City of Lights."

"It's exciting to have my first tournament be the Pan Am Cup," said Rico Chermont, who was recently elected as PAMF President, "especially having it in an exciting and culturally diverse city like Las Vegas that has residents from all over the Americas."

"Las Vegas is becoming a 'Sports Town' with the NHL, WNBA, and now the NFL coming here, and what better place to showcase the fast growing sport of minifootball to an American audience as well as a receptive multicultural community," said venue owner Meir Cohen. "I'm excited to host the Pan Am Cup at Las Vegas Sportspark."