US Keeps Serbia Away 2-0, Advances to WMF Final 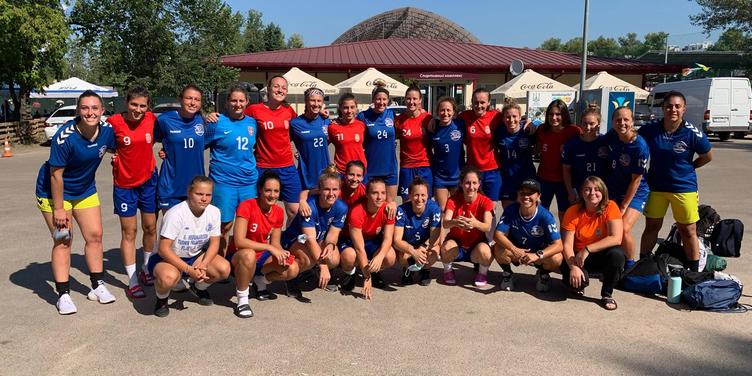 Serbia couldn't stop the United States, but they could contain them. The US was happy to oblige, running out the clock in the second half on a 2-0 win that will see them face the winner of the Egypt-Moldova semifinal in tonight's WMF Women's World Cup Final.

"Serbia does have a small-sided background so it didn't surprise me that they were organized and had a game plan," said USA Head Coach Craig Rhodis. "The girls and I had a talk with (assistant coach) Mark Litton last night and we had a feeling they were going to low block, make us break them down and then counter, but when you're a team that plays high press, high tempo and the game completely slows down and they're not really trying to attack, that's a different mentality four our girls and they had to adjust and I think they struggled a little bit with patience."

Erin Yenney got all the scoring the US would need with her goal in the ninth minute. Ashley Gogolin added insurance with her seeing-eye goal in the 22nd minute.

While the US didn't create as many scoring chances as they had in the first stage, when they did break through they were kept at bay by Serbian goalkeeper Sandra Milojevic, who made several superb saves. Serbia had only allowed two goals in three games coming into today.

The Americans were rolling lines like you do in arena soccer, but at least two Serbia players played the entire game. "I think that is something we bring to events like this from the United States, even on the men's side. Besides the Czech Republic, we're the only ones who change groups consistently," Rhodis said. "I think that's a personal preference. The style Serbia was playing wasn't one that would make anyone tired, but that's not us. We want high tempo, high press, everybody involved, what they call 'total football'. "We want five on offense, five on defense, so that was a very difficult adjustment for our girls."

In the final 10 minutes or so the US sat on the ball and didn't attack. Curiously, Serbia sat back and allowed the US to drain the clock. The one time Serbia did come with a high press they almost scored, but then they retreated back into their shell.

"If my team's down 2-0, especially when I see they have a little momentum in that stretch in the second half, I'm going for it," Rhodis said. "What we did for the last 10 minutes to basically kill the game was just drop back and play it back and forth and try to draw them out but, again, difficult because we want to play and they're just sitting in, watching us pass even though they're down 2-0. There's not much we can do at that point."

In the second semifinal Moldova beat Egypt 2-1 (2-0 PKs) setting up an unlikely rematch against a team the US destroyed 18-0 in the opening game of group play. Moldova has come a long way since then, beating Ukraine and Egypt, and losing to Switzerland on a buzzer beater.