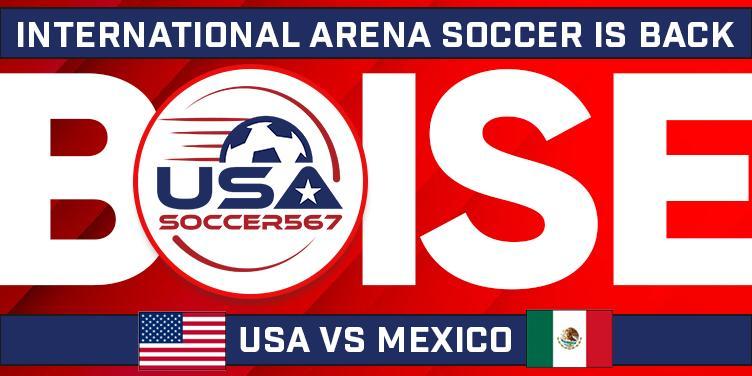 "We are happy to return to Boise, in what has become an annual tradition of the USA567 Men's Team," said American Association of Soccer 5-6-7 President Kevin Milliken. "The tremendous fan support is what keeps us coming back."

The international meeting between Team USA and Team Mexico will be the fourth in Boise since 2019, once again showcasing some of North America’s top indoor talent. Team Mexico has won back-to-back friendlies over Team USA, winning 5-3 during their last meeting in 2021 as well as 5-2 in 2019 to take a 2-1 series lead in Boise. Team USA won the first meeting in Idaho, 3-2, over Team Mexico in the 2018 tournament championship game.

Team USA marks their fifth summer in Boise since 2017, returning to Idaho Central Arena for their fourth friendly event. Team USA made their Treasure Valley debut on Aug. 11, 2017 in a sold-out international friendly against Team Brazil then won an international friendly tournament with Team Mexico, Team Columbia and Team Somalia in 2018 prior to their last two meetings with Team Mexico.

Team rosters will be announced in the near future.