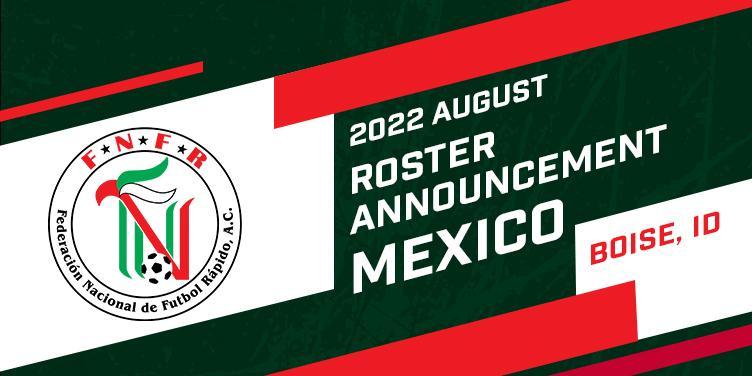 The Mexican National Futbol Rapido Team announced their roster for next week's international exhibition against the USA567 National Team in Boise, Idaho.

Seven of the players celebrated a Major Arena Soccer League championship with the San Diego Sockers in May.

Jaime Romero, who recently signed with the MASL's Chihuahua Savage, and Irvin Mojica will be making their national team debuts.

"It's going to be a good game, and you are going to see a few very good new players," promises Martinez.

This will be the first game for both the US and Mexico since the announcement that the 2023 WMF World Cup will be played in April in Ras al Khaimah, United Arab Emirates. It was originally scheduled to be played this year in Kyiv, Ukraine, but was displaced by the war.