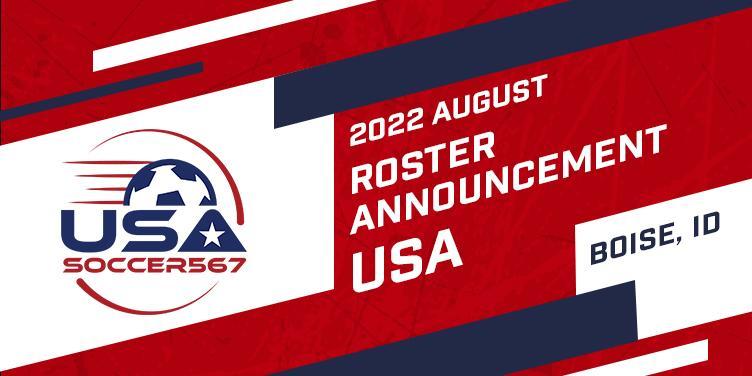 Leading the US into the August 13 clash are two-time Goalkeeper of the Year Danny Waltman, four-time league Most Valuable player Franck Tayou, and recent Defenders of the Year Drew Ruggles and Chad Vandegriffe.

The dean of the US arena soccer team and Sandpoint, Idaho native, Brian Farber, also makes another return to the Gem State. Possible heirs to his mantle include rising young stars Justin Stinson and Zach Reget.

Getting their first looks with the national team are Sockers defender Sean Callahan, arena soccer newcomer Cole Russell, who played with the U16 US National Futsal Team, and 2016 Gatorade National High School Player of the Year Lucas Mendes, who is climbing the indoor ranks at M3 with the Fredericksburg Fire.

Franck Tayou will be joined by his brother Uzi Tayou, and the Gonzalez twins, Felipe and Juan, will also team up for the US.

USA567 men's arena soccer coach Phil Salvagio, who has coached the San Diego Sockers to back-to-back championships (and six overall), will have four of his MASL players on hand, but seven of his players will be on the other side representing Mexico.