US and Mexico Rosters for Saturday's Ontario Tilt 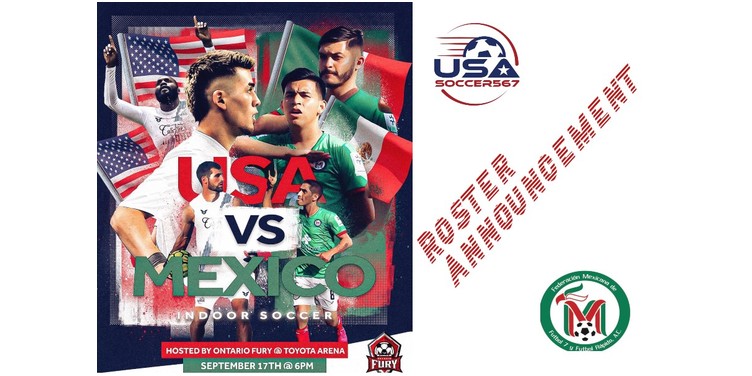 9/16/22 - The rosters were announced for Saturday's international arena soccer friendly between the USA567 Men's Team and the Mexican National Futbol Rapido Team.

The US will feature a strong Ontario Fury flavor, that is until halftime, when the hosts unveil their new team name.

The US will also get an offensive infusion with the additions of Nick Perera and Micheal Ramos.

Mexico's roster will largely resemble the crew that dismantled the US 5-1 on August 14 in Boise, Idaho.

The Fury announced that free tickets are available for fans 18 and under, as well as free upper bowl tickets for all ages. The game will be webcast on Twitch and on the American Association of Soccer 567 Facebook page.