US Men Split, Women Sweep in Rare Visit to Mexico 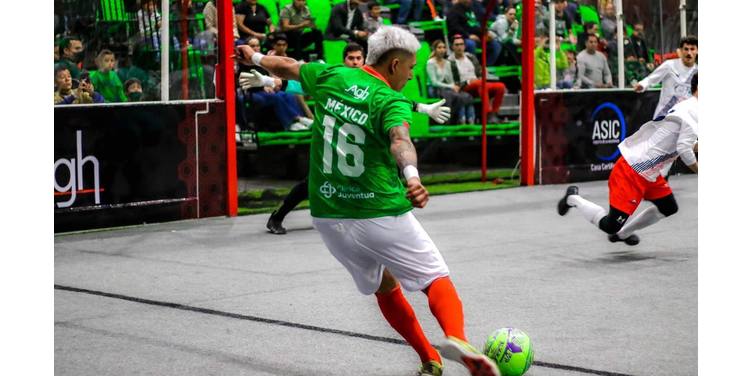 "We as a staff have put a lot of time into bringing in new players and establishing an environment where we can continue to build towards the 2023 WMF World Cup in Ras Al Khaima, UAE," said USA567 Technical Director Craig Rhodis. "To see the guys get a result in a tough environment, after a difficult travel schedule, and being a couple of players short due to travel issues, was really good to see. Mexico is the standard right now in minifootball, so we got a chance to see some new faces against the best, plus we are starting to introduce the style we want to play. Lots of good performances, something to build on going forward."

"Since I’ve been with the national team we’ve yet to beat Mexico," said defender and USA regular Drew Ruggles. "To be able to go down to Chihuahua, and get a victory the opening game of a back to back road trip means the world to the players, staff, and all of our supporters. It’s never easy playing against the defending World Cup champs, and an always strong Mexican side, but it goes to show the growth we’re making as a federation on and off the field. These are the kind of wins you want leading into competitions. It only brings the group closer together and help us continue our push to fight for the trophy next summer.

"The amount of discipline and composure we showed in the first game is something we’ll try to emulate moving forward. There’s no better feeling than representing the national team and honoring the badge with a win against our rivals."

“Beating the Mexican national team in Mexico was monumental and heroic," said fellow USA defender Uzi Tayou. "Coming into the game, we not only felt the competitive energy of one of the biggest rivalries in North American sports, but also recognized the historic opportunity to win a game on Mexican soil for the first time since the 1990s. We were able to unite proudly to overcome serious adversity, and bested a talented team in a hostile atmosphere. Definitely one of the greatest joy of my career. I'm very proud to be an American, and very proud to be part of this program.”

“Last weekend was a turning point for our national team," said Uzi's brother, forward Franck Tayou. "We now know not only how good we are but how good we can be. Coaching staff did a tremendous job getting us mentally focused and bought in. The future is bright."

While the men were underdogs against Mexico, the USA567 Women's National Team are the reigning WMF World champions.

"We are in the phase with the women where we are really expanding the player pool, looking a lots of new players," said Rhodis. "These were the first international arena games for most of the players, and given the difficult travel schedule, very little preparation as a group, and very good competition, it was a good trip. We are really looking forward to continuing to build our roster, start to use our upcoming training camps to prepare the group, and continue to find ways to improve."

"This was my first international event with the USA team and I can't say enough about the staff and the core players," said Kate Drummond. "It is a special group, and I am looking forward to being a part of the player pool in the future."

"We knew it would be a transition with the new players and not getting time to prepare as a group, but the coaching staff did a great job in focusing not just on the result but teaching in the moment," said WMF World Cup veteran Emily Byorth. "So to get two wins, plus introduce the new players to international competition, was really good."

"Playing Mexico in Mexico in a tough environment can only make us better," said Goalkeeper Coach Mark Litton. "The group improved over the course of the two games and that was really positive to see."